Brian Glenn Bryson is the Founder and Artistic Director of the award winning Walking Elephant Theatre Company where he leads young folks out into the world to create and perform original documentary theatre pieces about critical ecological and social issues. Some of the plays they’ve created include: “Prop 8 Love Stories” (which was co-written with 14-year-old cast member Dezi Gallegos, performed Off-Off-Broadway, and published), “WILD NEIGHBORS (Rediscovering what it is to be Human)”, “the HABIT project”, “Civil Disobedience – The Musical”, “The BULLY Theatre/Film Project”, and “The Petaluma River Anthology”.

Brian earned his Bachelor of Fine Arts degree in Acting from the University of Southern California. He was Story Editor on the Reality TV show “Beauty and the Geek” (WB) and “Biggest Loser” (NBC). He also worked on several others including “For Love or Money”, “My Life is a Sitcom” and “Endurance”. He was Benecio Del Toro’s Stand-In in the Academy Award winning film “Traffic” directed by Steven Soderbergh. And acted in commercials for Maxwell House coffee, Sega Saturn, Jack-in-the-Box, and Toyota.

Brian is currently in the Ecological Landscaper Immersion Program at the Permaculture Skills Center and integrates the principles and ethics of permaculture in his classes and plays; as well as the philosophy and techniques of Nonviolent Communication.

Brian has been teaching theater, writing and directing for over 20 years. He is the former Director of Education at Cinnabar Theater, acting teacher and director at Marin School of the Arts, Actors Theater (6th Street Playhouse) and many other schools and theaters in California and Arizona.

Some of his favorite acting experiences include playing Edmond in “Long Day’s Journey Into Night”, Septimus in “Arcadia”, Caliban in “The Tempest”, performing his award winning solo piece “Romance – A One Man” Show at the Exit Theatre in San Francisco, and most recently playing Eduardo in 6th Street’s rolling world premiere of “Happy” directed by Lennie Dean. 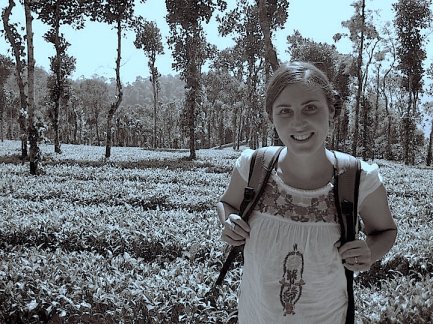 Reva is the Executive Director and Choreographer for Walking Elephant Theatre Company. She is a dedicated educator with a passion for creative expression. She has worked with young people and adults, in groups and individually, as both an experiential educator and credentialed classroom teacher. She facilitates movement experiences that develop social and emotional intelligence and believes we all have a dancer hidden within. She is particularly passionate about creating authentic and original movement experiences with youth.

Reva received her B.A. in Global Cultural Studies from Humboldt State University and has a MA in International Sustainable Development from the Middlebury Institute of International Studies. She also holds a Multiple Subject Teaching Credential from Hebrew Union College.

Reva is thrilled to be part of the Walking Elephant Team.

Lillian Myers is an activist, educator, clown and designer. Lillian holds a BFA in performance and Education from Naropa, a Contemplative Buddhist University, fusing Eastern and Western theater, with the conviction that mindfulness is the avant guard of entertainment.

As an altruistic activist and performance arts educator, Myers’s works in the performing arts with at-risk youth in vulnerable situations. She is a touring company member of Performers Without Borders, a social circus education non-profit based in London, England. She is also a member of America’s Association for the Children, working to to bring funds and education to people inhabiting the landfills of Managua and Jalapa, Nicaragua.

Myers teaches improvisation, theater of the oppressed, story-theater, Tibetan painting, improvisational theater and public speaking to students all over the North Bay.